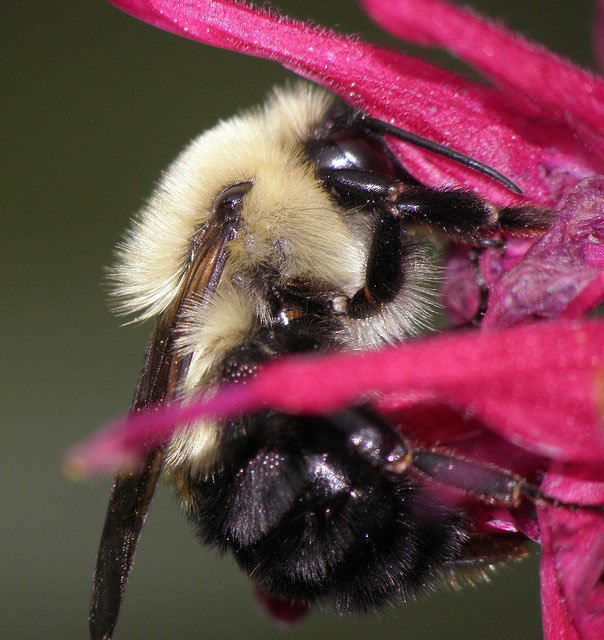 You may have heard about the recent bumble bee massacre in Oregon, which killed an estimated 25,000 – 50,000 bees. Shoppers at a Target store in Willsonville, Oregon found thousands of dead bumble bees in the parking lot. The likely culprit? A landscaping company which had sprayed the neonicotinoid pesticide “Safari “ on dozens of Linden trees in an attempt to control aphids.

The Xerces Society investigated the incident and stated that this is “the largest mass poisoning of bumble bees ever documented.” They also noted that bees die all the time in agricultural fields “where nobody sees it happen.” How ironic that it took an urban parking lot, not exactly prime bee habitat, to notice how devastating pesticides can be on pollinators.

Did I mention that the trees were sprayed while in flower? If you have ever been near a Linden tree in flower, you know how attractive they are to bees, native bees and honey bees alike. In fact, the landscaping company violated the instructions on the “Safari” label which prohibits application on plants in flower. Apparently these landscapers were also unaware that aphids are not the insect equivalent of Typhoid Mary, and could have easily been kept in check by encouraging a healthy population of lady beetles (which also perish in the face of a nasty pesticide).

The Linden trees in the Target parking lot have now been covered with netting to prevent bees from nectaring. It certainly would have been a lot cheaper to skip the pesticide and plant native plants which attract beneficial insects.

This past winter I attended a large “green industry” conference in Boston where I heard an entomologist from a major university claim that there is no solid research which supports the theory that neonicotinoid pesticides harm bees.  As this speaker concluded his presentation, he slid in a quick qualifying comment that it’s best not to spray plants while in flower. I was dumbfounded. I actually earned continuing education credits by listening to that presentation; I should have lost credits for attending that lecture.

Last week was National Pollinator Week. I say that we celebrate it 365 days a year. Be an EcoBeneficial Gardener – just say no to pesticides!

Feed the Bees and Plant Some Forage (and skip the “secret sauce”)! From Kim Eierman at EcoBeneficial!