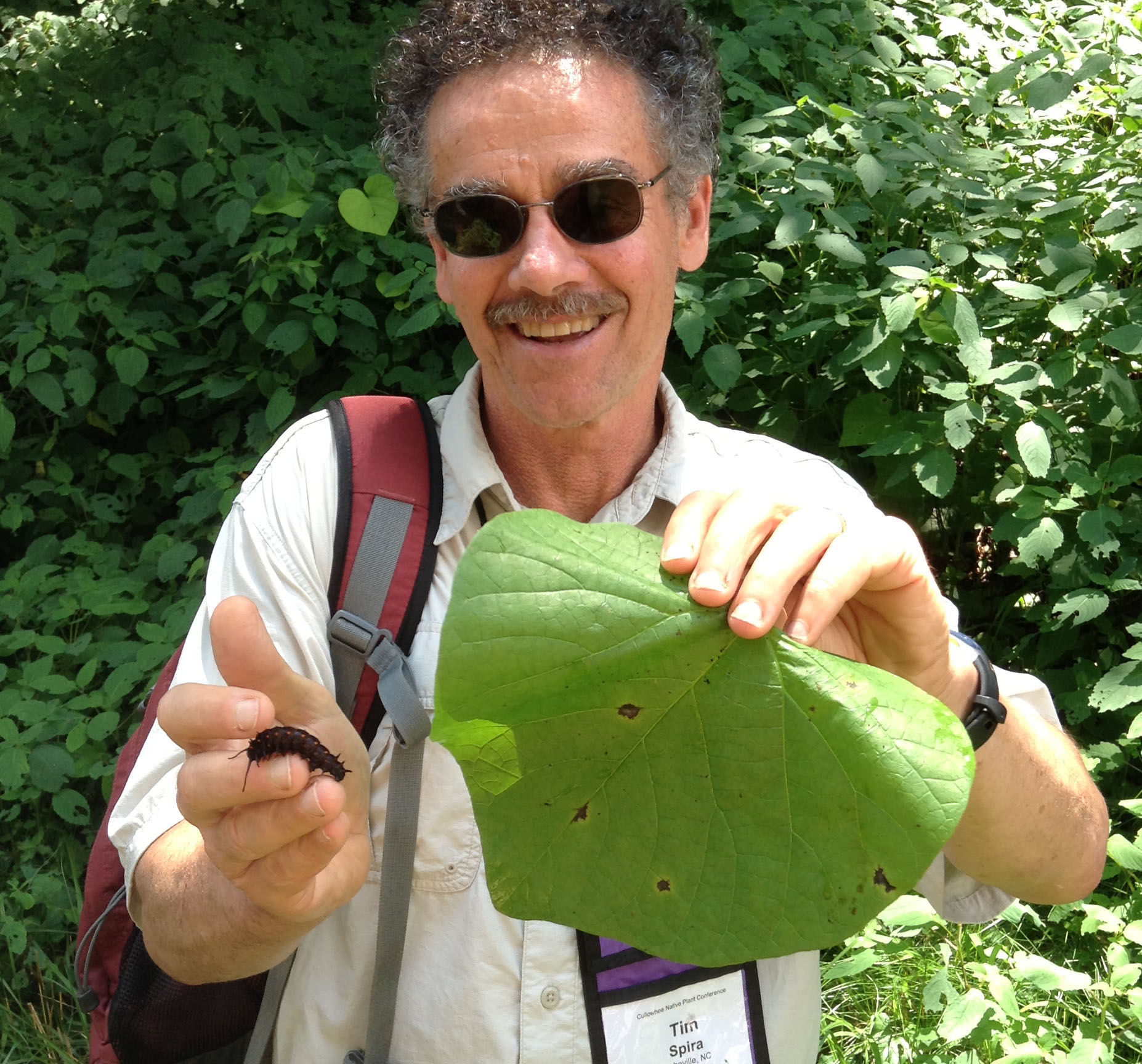 Many homeowners and landscapers don’t realize the futility of just planting exotic nectar plants to support butterflies.  Caterpillars of butterflies have evolved with specific host plants on which they depend.  Some caterpillars use a very limited number of  native host plants,  some have the ability to use a wider range of plants.  Caterpillars typically eat a small portion of the host plant’s leaves.  It’s an important food web relationship in our ecosystems.  No host plants mean no adult butterflies.

Monarch butterflies are often used as an example of this relationship, as their caterpillars have evolved to feed only on Milkweed species (Asclepias).  You would think that planting any member of the plant family Asclepiadaceae would be great for Monarchs.  Not so.  It gets tricky with introduced, non-native species.

In the late 1800s Black Swallow Wort (Cynanchum louiseae) was introduced from Europe as an ornamental plant.  It is a member of the plant family Asclepiadaceae.  Black Swallow Wort is thought to have escaped from a botanical garden in Cambridge, Massachusetts.  It has now invaded natural areas in Pennsylvania, New York, Connecticut, Rhode Island, Massachusetts, New Hampshire, Maine, Michigan, Wisconsin, California and several other states.

Lesson learned? What you plant matters!
Plant regionally native plant which have evolved in our ecological food webs from Kim Eierman at EcoBeneficial!

Photo: Tim Spira from the Dept of Biological Sciences at Clemson showing a Pipevine Swallowtail and the native host plant it has evolved with, Pipevine (aka Dutchman’s Pipe) Aristolochia macrophylla.

Check out Tim Spira’s book: “Wildflowers and Plant Communities of the Southern Appalachians.”