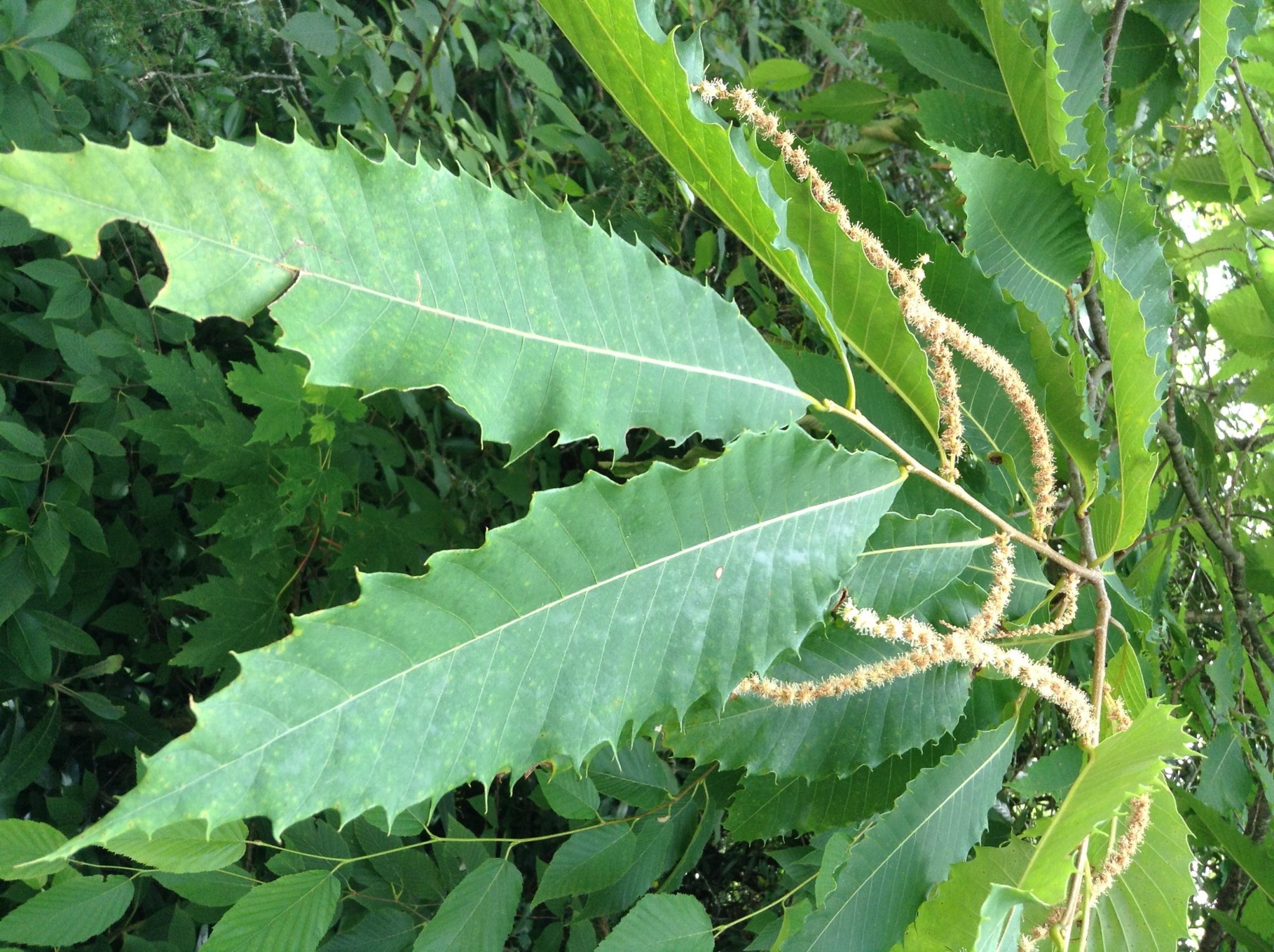 American Chestnut was a “keystone species” playing a critical role in the function of its overall ecosystem – you take a keystone species away, and the entire ecosystem around it is dramatically impacted.

American Chestnuts supported many, many other species, ranging from 56 moth species whose caterpillars ate Chestnut leaves, to countless species of birds which relished their nuts, to large mammals such as black bears which relied upon the nuts as a main source of nourishment before hibernation.  Over 200 million acres of forests were dominated by this tree, Castanae dentata.

Things changed quickly and dramatically around 1900 when an exotic fungus was introduced from Asia likely on Japanese or Chinese Chestnut trees imported into the United States.  These Asian Chestnuts had evolved with the fungus, Cryphonectria parasitica, and had developed a resistance to the fungus.  Not so for the American Chestnut, which fell victim to the fungus, now known as Chestnut Blight Fungus.

In the forests of Appalachia and the Smokies you will see young American Chestnut saplings today, sometime they are even in flower, as you can see in the attached photo.  As hopeful a sign as this may be, these young trees typically reach no more than 10 to 15 feet in height, before the fungus kills them.  Since the roots are not affected by the fungus, each time a tree dies, sprouts occur from the original stumps, and the cycle goes on and on.

Research has been underway to revive American Chestnuts, with partial hybrids and even with a GMO tree (which is another topic for discussion!).  What would a reintroduction of an almost extinct tree do to existing, altered ecosystems?  It’s hard to say.

It does matter what you choose to plant.  Support your local ecosystem with regionally native plants.  And, remember, you are part of the ecosystem too!

Love Your Ecosystem and Plant Some Native Plants!
from Kim Eierman at EcoBeneficial!