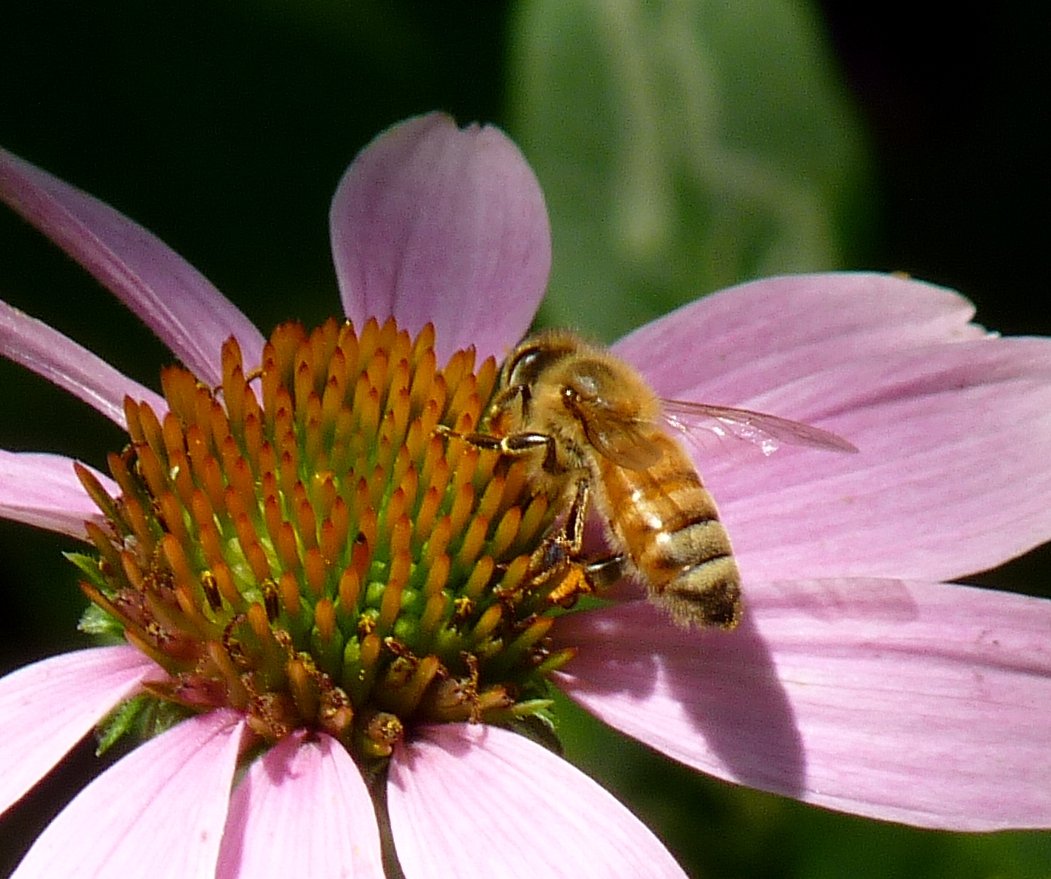 Latest Research on Honey Bee Deaths: What Does it Mean for EcoBeneficial Gardeners?

A new research study was released this week that points to a variant of Tobacco Ringspot Virus as a possible culprit in the phenomenon known as Colony Collapse Disorder (CCD).  The study was conducted by a group of researchers from the U.S. Department of Agriculture, the Chinese Academy of Agricultural Sciences in Beijing, Emory University and the University of North Carolina.

Researchers discovered that a mutation of the Tobacco Ringspot Virus was found in pollen foraged by honey bees and was then spread by the bees.  This virus is thought to attack the nervous system of honey bees, taking a major toll on weak colonies in the late autumn.

Of note, this is the first known case where a virus has been transmitted from pollen to bees.  Researches now think that other viruses may have this potential and believe that pollen should be monitored more closely.

Have we finally found the cause of CCD and can now relax?  Not so fast! Even the authors of this study believe that there are other factors at work causing the mass die-off of honey bees.  They suspect that a number of different viruses, parasites like Varroa Mites, and pesticides, are all contributing to honey bee decline.

So, what can we do to support honey bees and the 4,000 species of native bees in the U.S.?

1) Eliminate chemical pesticides, herbicides and fungicides (together known as pesticides). Use organic pesticides only when absolutely necessary – they are not benign.

2) Reduce or eliminate your lawn in favor of flowering plants that provide good forage. Include a diversity of perennials, trees and shrubs.

3) Plant a variety of woody plants (trees and shrubs) in your landscape – bees need them, especially as sources for early pollen in the spring. Many later blooming woodies are valuable too, providing nectar and pollen and/or propolis.

5) Emphasize regional native plants in your landscape. Honey bees are generalists and can forage on many of our native plants which, in turn, will support your ecosystem, and many native bee species.

6) Avoid planting double-flowered plants – they often have little, or no, nectar and pollen.

7) Provide nesting sites for native bees in your landscape. While honey bees live in large colonies, native bees are solitary or nest in small numbers. 70% of native bee species nest in the ground and need a sunny area with bare soil or light vegetation.

Feed the Bees, Plant Some Forage, and Skip the Secret Sauce (Pesticides)!