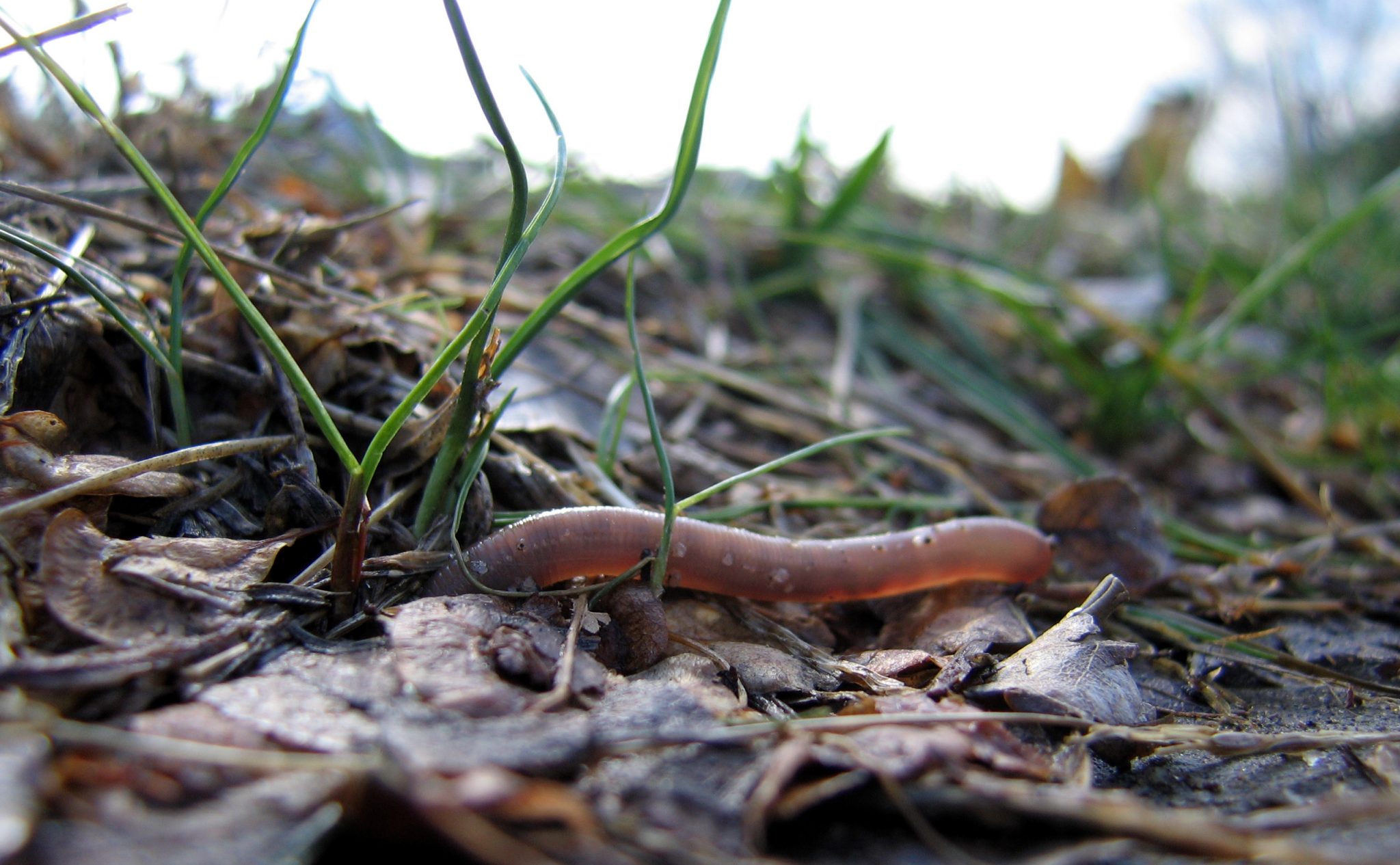 The Dirt on Worms: Friend or Foe?

That seemingly harmless creature, the earthworm, revered so long as our ally in the garden, has become a foe in our forests.  Surprisingly, earthworms are not native to the Northeastern United States.  Glaciers in the Pleistocene period wiped out native earthworms in most of the Northern Continental U.S.  Explorers and settlers introduced exotic earthworms possibly as early as the 1600s.  These exotic earthworms were brought to America both intentionally and unintentionally from Europe and Asia through agriculture, horticulture and fishing.

Most gardeners cherish earthworms for aerating and improving garden soil as the worms eat and eliminate their castings into the soil.  What has been discovered over the past 20 years is the incredible destruction that invasive earthworms are causing to our forests.

Earthworms have a voracious appetite and thrive as they eat their way through the decomposing leaf litter that covers the floor of a healthy forest. The problem is, leaf litter is critical to a healthy forest system. That leaf litter, also known as forest duff, is composed of fungally-dominated organic matter which decomposes over time and slowly releases nutrients to the plants in the forest.

Leaf litter also serves as habitat for valuable native creatures, such as amphibians and invertebrates, which are extremely sensitive to disturbances in their ecosystem.  As earthworms deplete the leaf litter, they interfere with the cycling of nutrients in the forest, and cause structural changes to the native forest soils.

There is a great deal of research being conducted on this problem.  The Cary Institute of Ecosystem Studies in Millbrook, New York has been studying invasive earthworms for a number of years. Their latest study indicates that earthworms not only eat the forest leaf litter, but also may significantly increase soils’ output of 2 greenhouse gases – carbon dioxide and nitrous oxide.

At Cornell University in Ithaca, New York, Dr. Bernd Blossey has also been investigating the impact of invasive earthworms.  I heard Dr. Blossey speak at a recent conference where he noted that it is earthworm density, not their presence alone, that is the problem. Dr. Blossey indicated that where earthworms are abundant, they collapse the leaf litter where seedlings try to establish.  Seedling survival is directly correlated to earthworm density.  The more earthworms, the fewer surviving seedlings.  Not good news for forest regeneration.

Once earthworms have established themselves in a forest, there is not much that can be done to suppress them.  What each of us can do is to be extremely careful not to introduce more worms.  If you go fishing, make sure not to release extra bait in your backyard!

If you make vermicompost (worm compost), be careful as well.  Vermicompost worms are used in enclosed bins and should never be released in regular compost piles.

The species of worms commonly sold for vermicomposting, Eisenia fetida, Eisenia andrei, and Lumbricus rubellis, known as red wigglers or red worms, have not been identified as a problem in our forests…. yet.   These earthworm species may not be able to survive cold winters.  But, with the great temperature fluctuations that have been occurring with climate change, we can’t be too careful.

Before adding vermicompost to your garden soil, it is advisable to freeze it first in air-tight bags for a week to kill off any remaining worms.  Just make sure everyone in the household knows what’s in the freezer!

If we can’t solve the invasive earthworm problem, at least we can avoid making it worse.