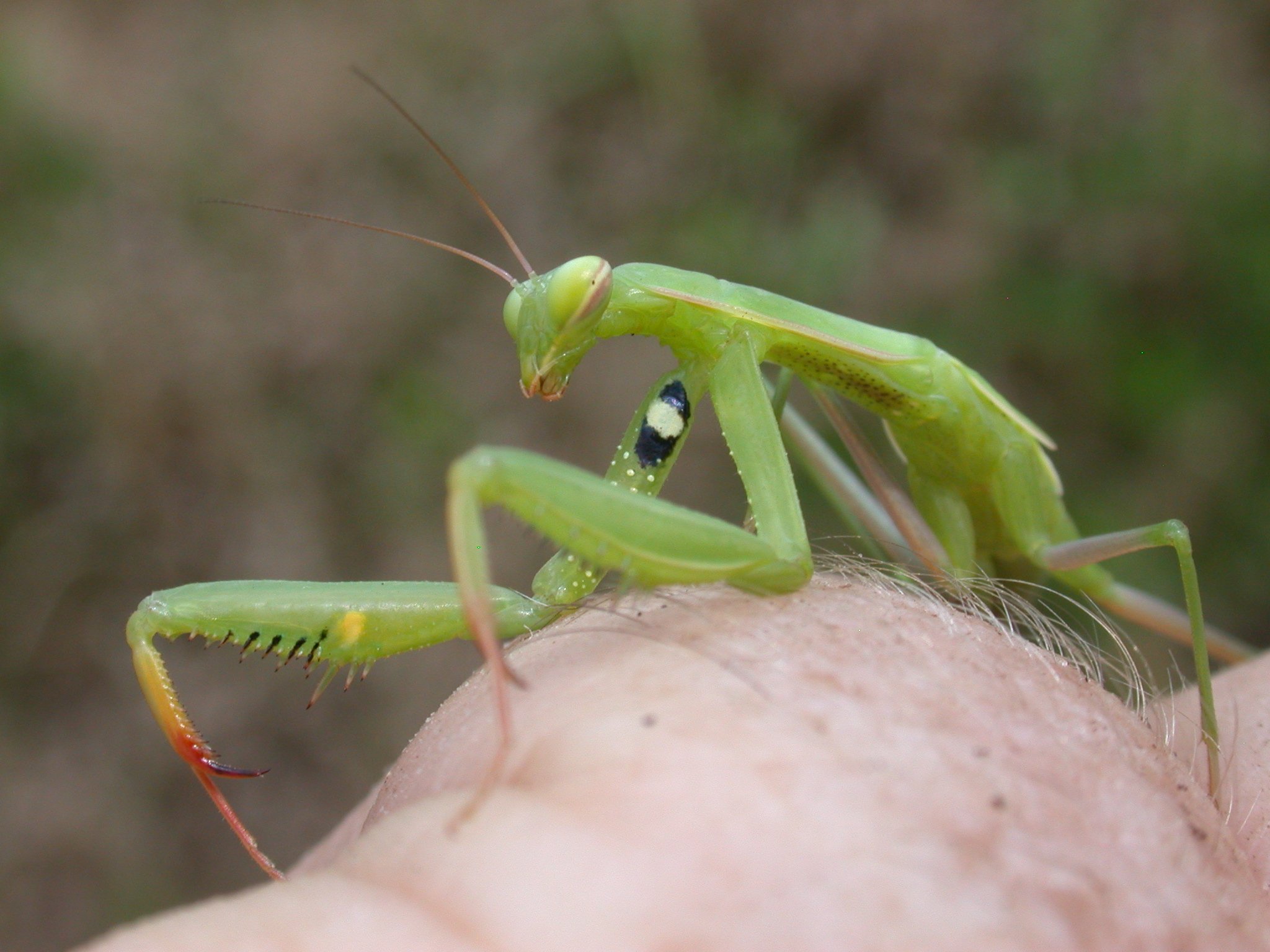 Most of us hold the Praying Mantis and other Mantises in high regard – highly beneficial insects in our landscapes, valued as voracious predators of insect pests.  They are fascinating creatures that charm even those people who are squeamish about “bugs.”

We have put Mantises on an “insect pedestal” wishfully thinking that they are protected by some state or federal laws. In reality, no such laws exist. But, we still treasure them in our landscapes.   Sadly, we don’t have very many native Mantis species in the U.S. – only about 20 species and they don’t seem to be doing very well.

Not all Mantises are the same, in fact, some are problematic introduced species that may be doing more harm than good in our landscapes.   Thanks to a query from another native plant geek, I decided to get the inside scoop on these creatures.

Mike Crewe, Program Director at the Cape May Bird Observatory in Cape May, New Jersey has been a keen observer of exotic Mantises for some time and has blogged about them in “A View From the Cape.”   Mike shared his observations and insights with me in a recent interview.

Mike explained that are three introduced species of Mantises (noted below) that appear to be displacing the native Carolina Mantis (Stagmomantis Carolina) in his region.  These three exotic species were brought to the U.S. many years ago to help with pest management in agriculture and in home landscapes.

The European Mantis (Mantis religiosa) and the Chinese Mantis (Tenodera sinensis) were introduced in the late 1800s and the Narrow-winged Mantis (Tenodera angustipennis) was introduced in the 1930s. The European Mantis is of equivalent size as the native Carolina Mantis; the other two are significantly larger and are quite capable of catching and killing hummingbirds (some truly horrifying photos can be found with a Google search).

While the native Carolina Mantis is content to find its prey in low, shrubby areas, the introduced species are fond of flowers and will sit and wait on top of  your perennials for a juicy meal which might consist of a beneficial insect, a valuable pollinator like a native bee, or perhaps a delectable butterfly.

Mike shares this cautionary tale of what happens when exotic species are introduced, and he gives the excellent advice never to buy beneficial insects.  Learn more in the accompanying video or podcast.