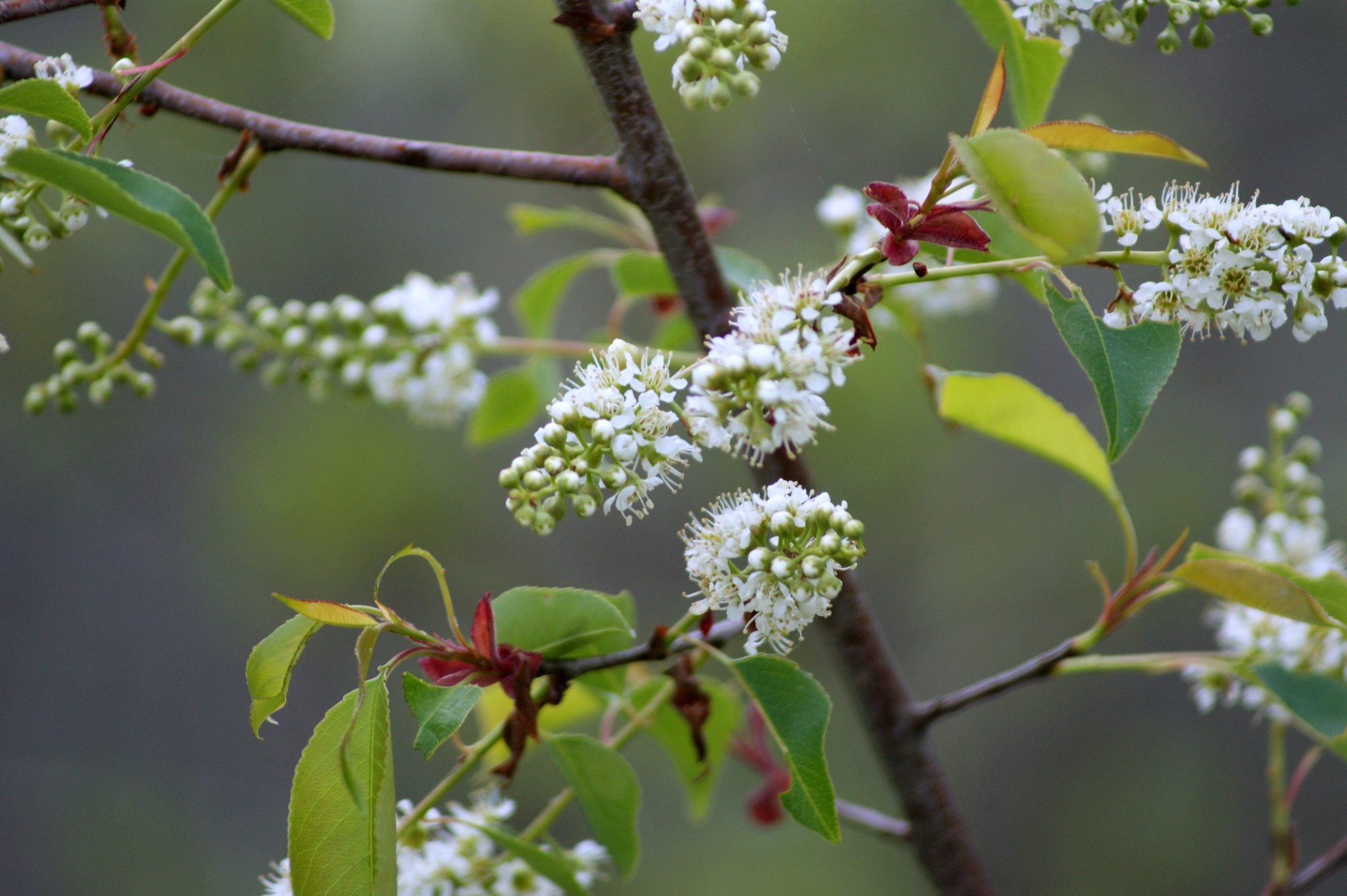 Some of our most ecologically powerful native plants are the ones we never plant!   It’s time for a change, if we really want to make a difference to our environment.

Often considered a “weedy tree”, our native Black Cherry (Prunus serotina) is an extraordinarily valuable plant in nature.   Native to most of the Eastern half of the U.S., Black Cherry offers nectar and pollen to native pollinators and honey bees.  The small red or black fruits are a favorite food of more than 40 species of birds, not to mention, many mammals.

I had the opportunity to visit with noted entomologist, ecologist and author, Dr. Doug Tallamy, about native Black Cherry and related Prunus species.  As we looked around his yard, Tallamy pointed out the many Black Cherry saplings that had “volunteered” in his landscape.   These plants and other native Prunus are ecological gold explained Tallamy – his #2 ecological plant pick after his top ecological choice – native oaks.

Within seconds, Tallamy located numerous caterpillar larvae on the small black cherry saplings – Tiger Swallowtails and Red-Spotted Purples among them.  Why so many caterpillars on these little plants?  Tallamy explained that caterpillars may preferentially seek out smaller woody plants that offer predator-free space.  Lesson learned?  Make sure to keep some of those host plant volunteers if you want a more butterfly and moth-friendly landscape.  Of course, if those Black Cherry saplings are within a few feet of your house, like Tallamy’s, you will have to transplant them sooner rather than later.  Black Cherry trees can grow to 75 feet or more in height.

These tardy caterpillars were still feasting on Black Cherry saplings in September – clearly too late in the season to get through metamorphosis.  So, what do they do?  They overwinter in a self-made silky structure attached to their host plant, what Tallamy calls their “silk winter castle.”  These winter castles are actually hibernaculum – shelters occupied during the winter by dormant animals, according to Miriam-Webster.

Even with a winter castle, how in the world can these tiny, juicy caterpillars get through the cold winter months and plunging temperatures?  Their secret is glycerol in their blood – essentially a form of anti-freeze.   For those of you considering some woody plant pruning during dormant winter months – be aware that you might inadvertently dispatch some valuable caterpillars – so look twice before you cut.

If you don’t have room for Black Cherry, or it is not native to your region, we have other native Prunus species. Most are host plants, all have value to pollinators, all offer fruit to wildlife, and some even have fruit tasty enough for us.  Beach Plum and American Plum are particularly good.  Don’t eat Prunus seeds, though, as they contain toxins.

Here are some of our native Prunus:

Skip the useless, sterile, exotic double-flowered cherry trees and take a tip from Dr. Doug Tallamy – plant our native Prunus!  Watch the video or listen to the podcast of my talk with Tallamy on Black Cherry.  And, don’t forget to pick up a copy of his ground-breaking book, Bringing Nature Home.