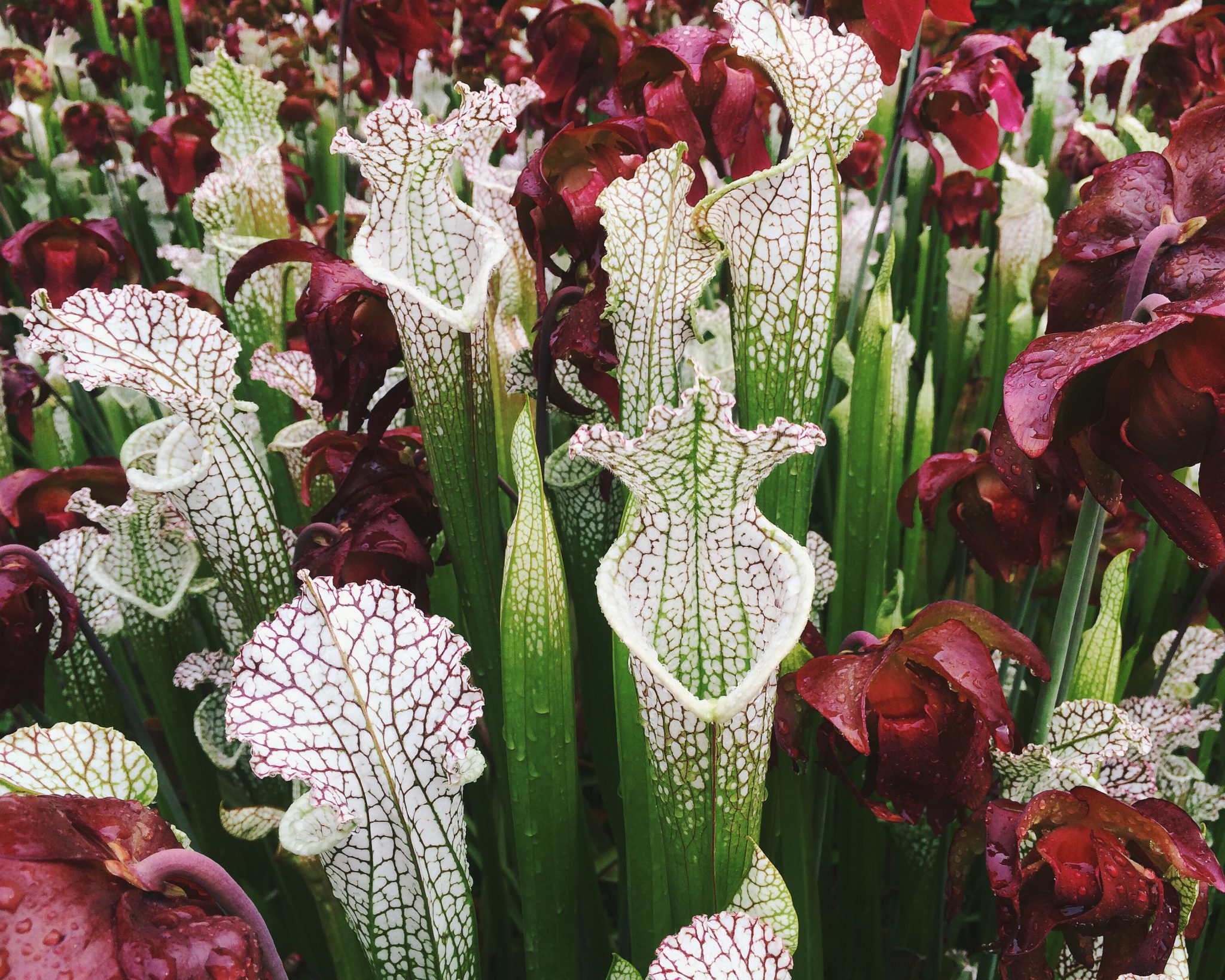 If you haven’t seen a native bog in full bloom, then make sure to put that on your bucket list. A recent trip south this fall provided me with the excuse I needed to see the splendid bog gardens at the Atlanta Botanical Garden. Both ornamental and endangered, native bogs are some of our most threatened ecosystems. 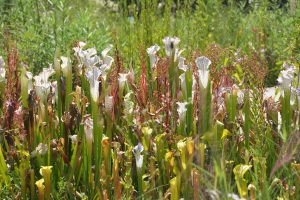 Wanting to learn more about bogs and bog gardening, I got in touch with Ron Determann, VP of Conservatories at the Atlanta Botanical Garden (ABG). Determann is one of a handful of experts on Southeastern bogs and oversees the conservation bog gardens at ABG. He noted that development, the loss of wetlands, and the rampant use of herbicides have diminished native bogs to a level where they have almost disappeared.

Determann explained that hillside seep bogs are usually quite sandy with a layer of organic matter covering the sand layer. Acidic, nutrient-poor soil is a characteristic of these bogs, and so is constant moisture. Far from being stagnant, these bogs have a constant stream of water that keeps the bog plants wet. 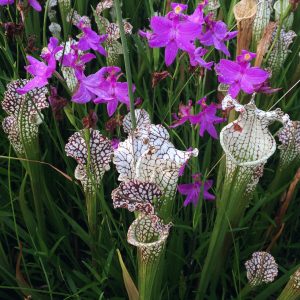 Determann pointed out that of the 8 to 11 species of native pitcher plants (the total number is disputed among experts), 3 Sarracenia species are endangered and four others are listed as threatened. It is estimated that more than 97% of the native habitat of Sarracenia has disappeared in North America, most of it in the last 30 years. We can help save these wonderful plants through advocacy and by creating bog gardens at home (watch the EcoBeneficial interview with Ron Determann for more details).

In particular, why are pitcher plants worth saving? Not only are they spectacular in bloom, they have the fascinating characteristic of being carnivorous. Who doesn’t love a plant that can eat protein? The nutrient poor soil in bogs requires that pitcher plants find an unusual way to obtain their nutrients.

Pitcher plants lure insects with their colors and their distinct shape, in addition to their compelling fragrance, explained Determann. Unsuspecting insects come seeking a nectar reward, which may become their last.   As insects feast on the nectar around the rim of the plant’s pitcher, they become drowsy and disoriented, often falling into the pitcher, landing in a pool of liquid at the base.  The enzymes within the liquid of the pitcher break down the insect protein over a period of days, in the case of small insects, and perhaps weeks in the case of hard-bodied, larger insects. Plant food in the making for a hungry pitcher plant! 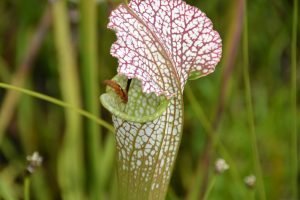 Feeling lucky? A bold wasp checking out the pitcher

While at ABG, I observed that wasps visiting the pitcher plants were much more canny than other insects. They explored the rims of the pitchers, occasionally taking a step in toward the inner sanctum, but then thought better of it and retreated. I asked Determann about this and he confirmed that wasps seem to be more cautious than many other insects – an intriguing topic for future exploration. 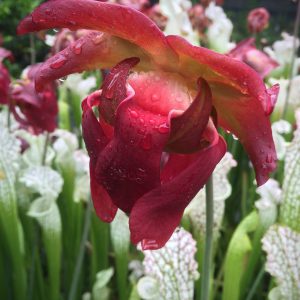 Not to be overshadowed by the pitcher plants, the orchids found within bogs are devastatingly beautiful, too. Becky Brinkman is the Manager of the Fuqua Orchid Center at ABG, and has quite the skill for capturing this beauty in her photos. Check out her Orchid Column online to see for yourself and don’t miss her wonderful photos in the EcoBeneficial! video/slideshow featuring my interview with bog expert, Ron Determann.  Or, listen to the podcast.

from Kim Eierman at EcoBeneficial!