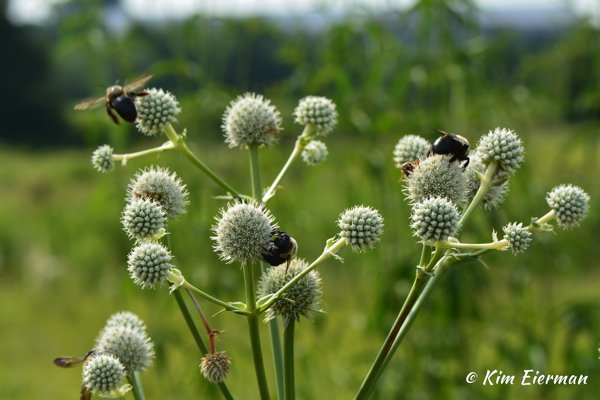 When you think of Chicago, do deep dish pizzas and high winds come to mind?   How about prairies, river corridors and a do-not-miss botanical garden?  The Chicago Botanic Garden (CBG) is one of our great public gardens, self-described as a 385-acre living plant museum with 26 display gardens and many natural habitats, including the Dixon Prairie and the Skokie River Corridor.

I recently spoke with Joan O’Shaughnessy, ecologist and manager of the River and Prairie Ecosystems at the Chicago Botanic Garden.  O’Shaughnessy oversees the 22 acre Skokie River Corridor, and the 15 acre Dixon Prairie – a man-made landscape consisting of 6 different native plant communities.  She joined CBG in 1994, a dozen years after the initial creation of the prairie landscape. 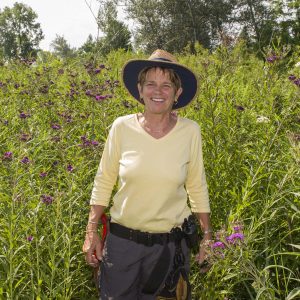 During our talk O’Shaughnessy explained that no prairie had existed historically on the site, unlike much of this part of Illinois that had once been dominated by prairies.  The Dixon Prairie was built from scratch and has been tweaked over time.  The clay soils of the urban setting and the initial addition of too much topsoil presented some challenges for growing prairie plants that dislike fertile, heavy soils.  If you have ever planted native warm season grasses in very rich soils, and then seen them flop, you get the idea of some of the challenges CBG faced.

In spite of the difficulty of the urban environment, CBG has developed an impressive display of 6 varied prairie ecosystems: tallgrass prairie, bur oak savanna prairie, sand prairie, gravel hill prairie, fen prairie and wet prairie – all ecosystems that were once common in Illinois.  These habitats include one of the most endangered ecosystems on earth – the tallgrass prairie. 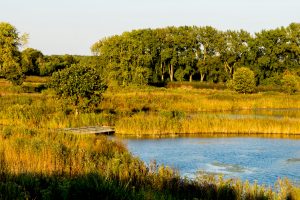 Ninety-six percent of the land once occupied by tallgrass prairie has been lost to agriculture and development.  A mesic (medium moisture) landscape notable for the preponderance of warm-season grasses, tallgrass prairies are filled with native grasses, like stately Big Bluestem (Andropogon gerardii) and flowing Prairie Dropseed (Sporobolus heterolepis).  While the tallgrass prairie is dominated by grasses – 70% to 80% of all plants – there are many flowering perennials that join the show, such Prairie Milkweed (Asclepias sullivantii), Rattlesnake Master (Eryngium yuccifolium), Smooth Blue Aster (Symphyotrichum laeve) and many other forbs.  Most of the tallgrass species will be familiar to home gardeners and landscape pros as plants that can be used in landscapes, sited properly, in the right regions. 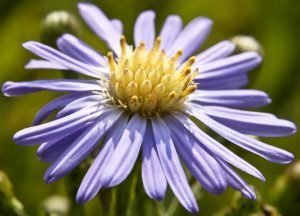 Realizing the fragile state of the tallgrass prairie and the plants within it, CBG has established the Dixon National Tallgrass Prairie Seed Bank.  Their goal is to collect and save at least one sample of every species found in each of the 12 tallgrass prairie ecoregions, noting that not all seeds are capable of surviving cold storage.  CBG hopes to ultimately store over 30 million seeds representing 1,500 Midwest plant species.  Without this effort, some tallgrass species might otherwise become extinct.

The 6 prairie ecosystems at CBG are remarkably different. One extraordinary example is the gravel hill prairie, created by adding 3 feet of gravel on top of the soil, replicating a prairie that, in nature, was formed by glaciers as they deposited piles of crushed gravel, rocks and sand.  Plants have to be tough to survive this resulting steep incline characterized by infertile, dry, quick-draining soil.  Some of the native plants that feel right at home here are: Hill’s Thistle (Cirsium hillii), Sidecluster Milkweed (Asclepias lanuginosa), Green Milkweed (Asclepias viridiflora), and Downy Painted Cup (Castilleja sessiliflora). 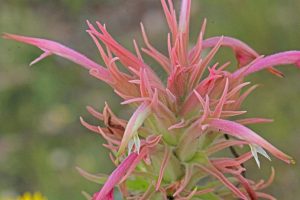 O’Shaughnessy also noted the sand prairie ecosystem, consisting of dune and swale communities, characteristic of areas where sand accumulated along the Great Lakes.  Some of the plants in this ecosystem include Little Bluestem (Schizachyrium scoparium), Sideoats gramma (Bouteloua curtipendula), Prairie June Grass (Koeleria macrantha), Ohio Goldenrod (Solidago ohioensis) – one of 18 goldenrods native to the  region, Butterflyweed (Asclepias tuberosa), and the compelling Purple Praririe Clover (Dalea purpurea) – another pollinator magnet and host plant for the Dogface Butterfly. 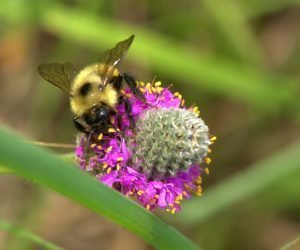 The Dixon Prairie is managed with periodic, prescribed burning, O’Shaughnessy explained.  By using fire, woody plants are suppressed, thatch build-up is eliminated, and nutrients are cycled back into the soil.  Can’t set your suburban backyard prairie on fire? (Please don’t).  O’Shaughnessy suggests mowing and raking as a way to eliminate the build-up of thatch.  Removal of invasive weeds by mowing, hand weeding, and the limited use of herbicides, are all used at the Garden to keep the prairie intact.

In addition to the prairie communities, O’Shaughnessy is also responsible for the Skokie River Corridor – 22 acres of river and riparian buffer, traveling one mile through the Garden.  The relatively high banks (3 to 4 feet), typical of urban and suburban rivers, made erosion control a challenge.  Willow species, like Peachleaf Willow (Salix amygdaloides) were particularly useful in this effort.  O’Shaughnessy’s goal was to stabilize the river banks with appropriate native vegetation, while developing sustainable, diverse communities of native flora and fauna.  Take a lesson from CBG if you have a water feature in your landscape – the principles are the same. 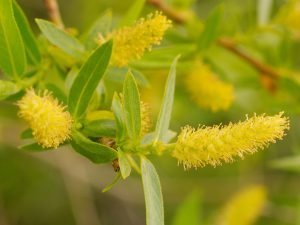 The efforts at CBG have paid off, with the resulting habitat supporting an impressive array of wildlife – shore birds like sandpipers, soras, and woodcocks have found this urban resource, along with great blue herons frequenting the more shallow areas.  Minks, muskrats and coyotes all find habitat at CBG, along with 9 species of fish and 4 species of crayfish, and numerous species of dragonflies and damselflies. Build it and they will come.

To hear more about these compelling habitats at Chicago Botanic Garden, listen to my podcast interview with Joan O’Shaughnessy.

Need some other resources on prairies?  Joan O’Shaughnessy recommends these books and websites:

The Tallgrass Restoration Handbook for Prairies, Savannas and Woodlands, edited by Stephen Packard and Cornelia Mutel
Tallgrass Prairie Wildflowers: A Field Guide to Common Wildflowers and Plants of the Prairie Midwest by Doug Ladd
The Prairie Garden: Seventy Nine Native Plants You Can Grow in Town or Country by J. Robert Smith and Beatrice S. Smith
Prairie Plants of Illinois by John Voigt