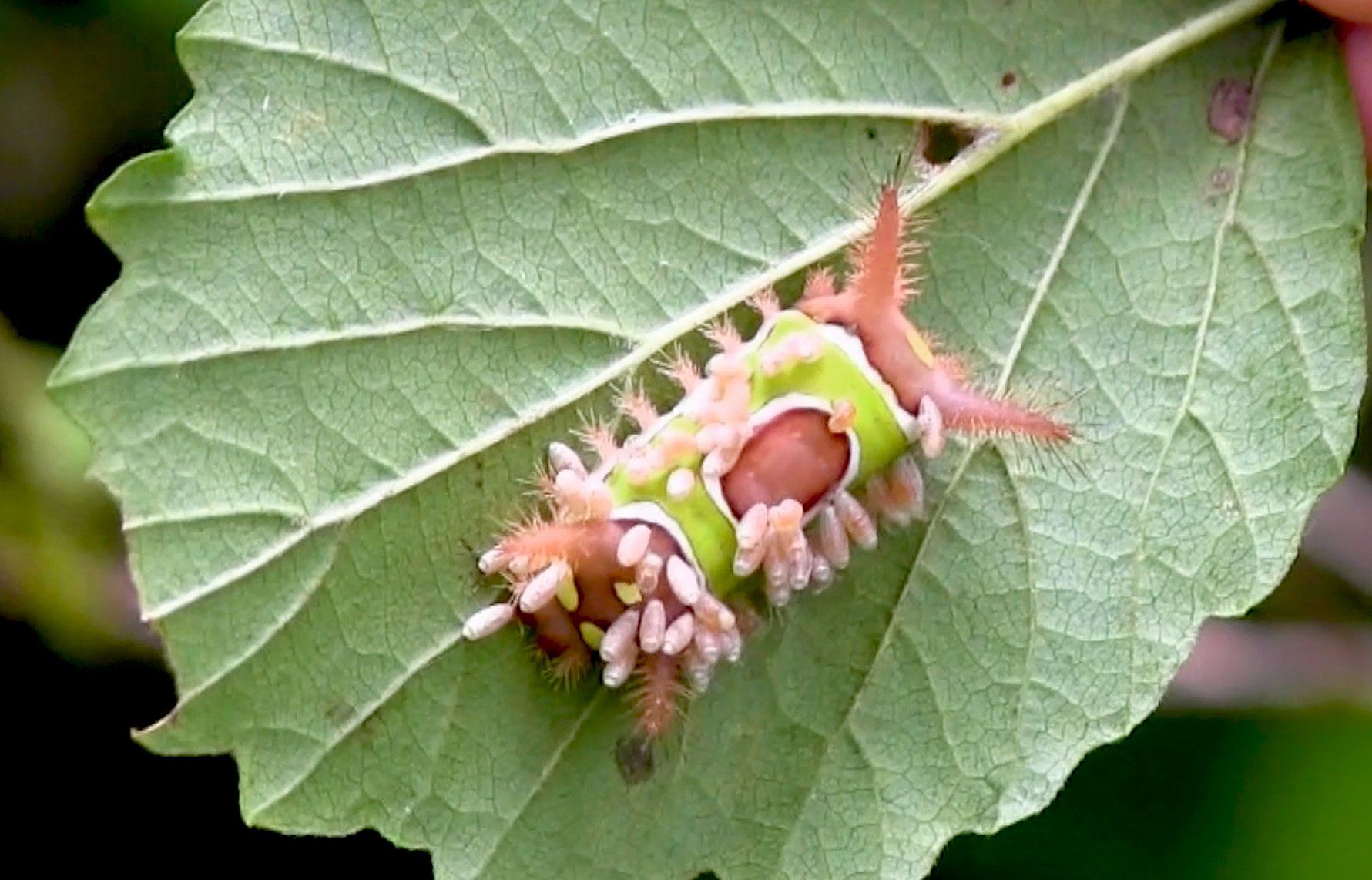 How Should I Deal With Stinging Caterpillars?

I just found five small spiky caterpillars on a tree sapling and checked online that they are poisonous. Should I get rid of them and if so, how? 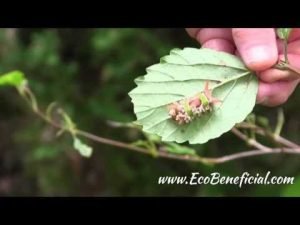 There are some caterpillars that sting as a defensive mechanism against predators. An example is the fantastical Saddleback Caterpillar that Dr. Doug Tallamy discusses with me in this video interview.

This compelling caterpillar turns into a rather mundane looking adult moth that is harmless. 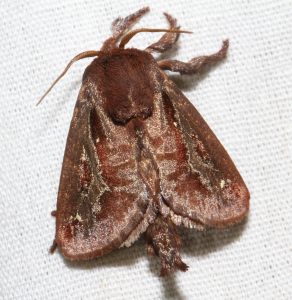 When you touch a Saddleback Caterpillar, or other stinging caterpillar species, their spines embed in your skin and break off. In the vast majority of cases, this will simply cause irritation and rash (see below for treatment). The severity of a given person’s reaction will be determined by that person’s sensitivity and by the species of caterpillar.

The Puss Caterpillar, the larval stage of the Southern Flannel Moth, is considered to deliver the most toxic sting of any native caterpillar in the U.S. Its cute, furry appearance, reminiscent of a certain politician’s remarkable hairdo, makes it irresistible to touch, resulting in a nasty surprise. 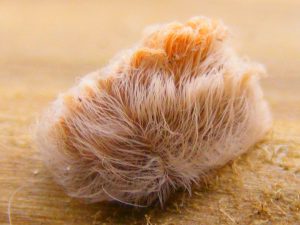 If stung by a caterpillar, remove the spines with tweezers and use Scotch tape over the area to pull out remaining spines.  There is a good reference for immediate treatment on wikihow.   For folks who are known to be highly allergic to other insects, like bees, or have impaired immune systems, a trip to the ER would be prudent. I would also suggest an ER visit if you are stung by a Puss Caterpillar. 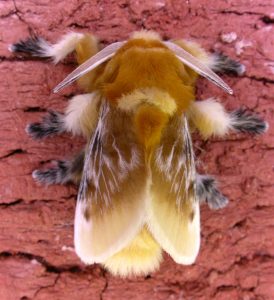 Caterpillars, even the stinging kind, are important to our ecosystems and have many predators – they provide critical protein to birds and are a food source for certain wasp species (see the video).

Just like other insects that we love to hate, such as paper wasps and yellow jackets, stinging caterpillars are an important part of nature’s food webs and deserve our respect, as well as caution.

The best practice is to leave stinging caterpillars alone and avoid touching them. To protect against accidental contact, wear a pair of puncture-resistant rose gloves when pruning and gardening.