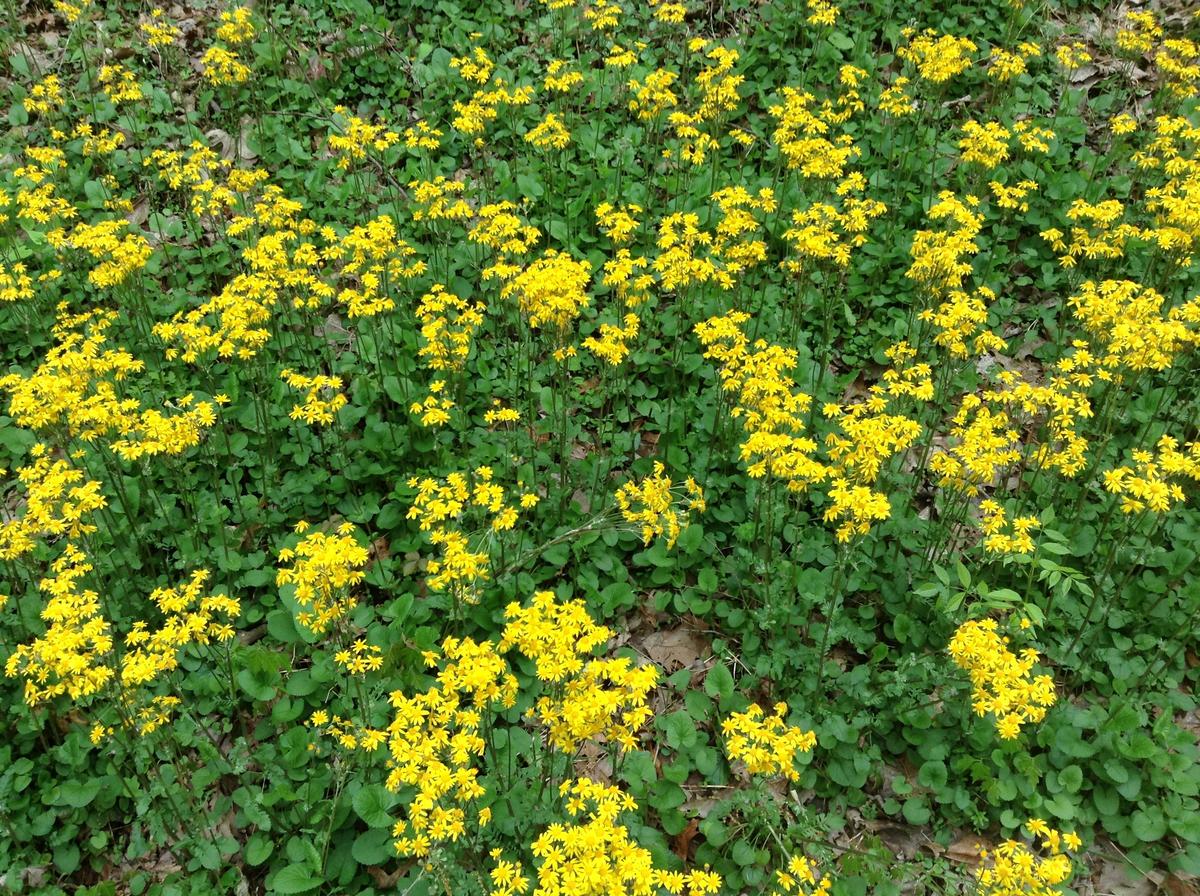 We have a problem with erosion on a moist, sloping area near our septic field. Our landscaper wants to put in pipes and direct run-off into the woods. Do you have any suggestions for native plants that could help? The area gets afternoon sun on the edge of a wooded area. We are in New Jersey.

Directing run-off into your woods is a poor idea and would likely result in yet another problem. Within a septic field, you should not plant woody plants (trees and shrubs), but you can certainly plant shorter woodies on the slope above the septic field, to slow the water flow and prevent erosion. Just don’t plant anything that will grow very tall on a significant slope. A suckering shrub, like Rubus odoratus (Purple-Flowered Raspberry), would do well in the conditions you describe and would support pollinators and birds.

For the septic field itself, perennials and sub-shrubs that “run,” form mats, or re-seed prolifically, can be used. This is a situation where “frisky” natives really shine. With these types of plants, I suggest planting each species separately, preferably in multiple areas, and let them fill in. Some plants will be more competitive than others, so this strategy will help to prevent weaker species from being overtaken.

Plant a diversity of species, with a sequence of bloom from spring through fall. Here are some suggestions of ground-covering plants for moist conditions in a mostly shade area:

Carex pensylvanica (Pennsylvania Sedge)
Short, grass-like plant that often colonizes to form mats. It “blooms” in the spring, providing an early seed source for wildlife. Also a host plant for some skipper species.

Tiarella cordifolia var. cordifolia (Running Foamflower)
Make sure to get the running form, not the clumper.  Spikes of white flowers in spring for pollinators. Beautiful foliage throughout the growing season.

Run-off and erosion problems are often caused by humans when we remove ground-protecting vegetation. Why not solve the problem with native plants that support the environment, rather than creating even more disturbance with pipes?

From Kim Eierman and EcoBeneficial!