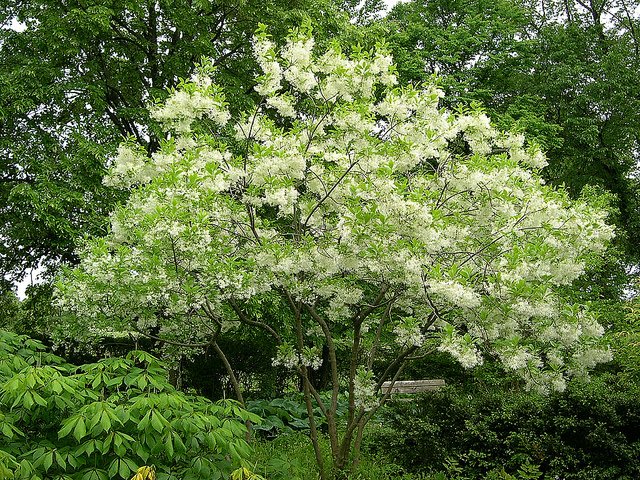 Confused about the terminology associated with native gardening?  If you are, it’s not surprising, since there are numerous definitions just for the simple word “native.”  Native, non-native, exotic, alien, naturalized – these terms, and others, are often misused. Hopefully the following explanations will clear up some confusion!

Terminology for “Native” (or not)

Native Species
While different sources vary on the definition of “native species,” Federal Executive Order 11987 (May 1977) defines native species as “all species of plants and animals naturally occurring, either presently or historically, in any ecosystem of the United States.”   The statute of a given state may offer an even more narrow definition for plants within that state.

Native Plant
A reasonable definition of “native plant” is a plant that has developed over hundreds or thousands of years in a particular region or ecosystem. The word “native” is best used with a geographic qualifier (examples: native to the Northeast, native to New York, native to Westchester County, etc.). Those plants found in the U.S. before European settlement are typically considered to be native.  While a plant may be native to some state in the U.S., it may not be suitable for planting in more distant states where it has not evolved.  In some cases, a plant that is native to one state may be on the invasive species list in another state.

Invasive Plant
A plant that is both non-native and able to establish on many sites, grow quickly, and spread to the point of disrupting plant communities or ecosystems. According to Presidential Executive Order 13112 (February 1999): “an invasive species is defined as a species that is 1) non-native (or alien) to the ecosystem under consideration and 2) whose introduction causes or is likely to cause economic or environmental harm or harm to human health.”

An aggressive growth habitat does not, in and of itself, mean that a plant is “invasive.”  A plant that is native to a particular ecosystem is not invasive in that ecosystem, regardless its aggressiveness.  For example,  Monarda didyma (scarlet beebalm) has an aggressive growing habit (it’s a runner, not a clumper), but it is a native plant in numerous states in the U.S.

While some invasive plants attract native pollinators, that does not make invasive plants an appropriate choice in the landscape. As an example, bees are forage opportunists and will forage on plants that are available and accessible to them, especially when native plants are not present.  While many bee species love the flowers of the highly invasive Japanese knotweed, this is a plant that should never be planted in North America, but rather should be eliminated.

Genus
A scientifically-designated group of related organisms, in this case, plants.  A plant genus is the first, capitalized word in a scientific name.  Example: Asclepias (milkweed).

Specific Epithet
The second, uncapitalized word in the scientific name that follows the genus.  Example: incarnata.

Species
Designated by the combination of the genus and the specific epithet.  Example: Asclepias incarnata.  Both words are italicized.

A cultivated variety of a plant, often bred for a desired trait, such as pest or disease resistance, flower color, fruit color, foliage color, habit, size, sterility, etc.  Some cultivars are propagated by seed, resulting in some genetic variation, but less genetic variation than straight species plants.  Most cultivars are propagated by cuttings or by tissue culture, resulting in a genetic clone. Cultivars are designated by single quotes, ex: Echinacea purpurea ‘Magnus’.  The cultivar name (i.e. ‘Magnus’) is not italicized.

Nativar
A native cultivar.  Unfortunately, often the only type of “native” plant available at nurseries.  Nativars are controversial since they have less genetic diversity, and potentially some loss of ecological function in comparison to straight species plants.  Most nativars are clones, propagated asexually (via cuttings, tissue culture), while some nativars are grown from seed and are pollinated by natural means (bees, other animal pollinators, wind), resulting in greater genetic diversity.

Hybrid
Most commonly refers to the intentional breeding of two different plant species to create a new plant.  Hybrids are designated by the absence of a specific epithet (see above) or the presence of an “x” symbol.  Example: Baptisia  ‘Purple Smoke’ is a hybrid of Baptisa alba (white wild indigo) and Baptisia australis (blue false indigo).  Hybrids are also controversial in the world of native gardening due to the loss of genetic diversity.  Some hybrids, but not all, are sterile.

Pollination
The transfer of pollen from the stamen (male part of the flower) to the pistil (female part of the flower), which results in the formation of a seed.  Pollen transfer may occur on flowers of the same plant, or flowers of a different plant, depending on the plant species.  Some plants are wind-pollinated, while others require, or benefit from, the assistance of an animal pollinator.

Self-pollinating (self-fruitful) Plants
Plants that do not require pollen from another plant to produce fruit.

Perfect Flower
A flower that has both male and female reproductive structures (vs. an imperfect flower). The majority of flowering plants have perfect flowers.

Monoecious Plants
Plant species that have “perfect flowers” on the same plant or male and female flowers on the same plant. “Mono” means one – and the term “monoecious” is literally “one house.”

Perennials
Refers to plants that persist for many growing seasons.  Technically “perennial” includes woody plants (trees, shrubs and vines), but the word “perennial” is typically used to refer to herbaceous (non-woody) plants that die back in the dormant season.

Annuals
Plants that bloom, produce seed, and die in a single growing season.  The seed that annual plants produce may result in the formation of new plants in the next growing season, depending on the species.  Native examples include: Impatiens capensis (Jewelweed), and Chamaecrista fasciculata (Partridge Pea).

Biennials
Plants that complete their life cycle over two growing seasons.  In the first season they grow foliage, typically a small rosette of leaves near the soil surface. During the second season’s growth, stem elongation, flowering and seed formation occur followed by the death of the “mother plant.”  Native examples include Rudbeckia hirta (Black-eyed Susan) and Verbena hastata (Blue Vervain).

Spring Ephemerals
Typically found in deciduous woodlands, these plants emerge in the early spring before trees leaf out and while the soil is moist.  They flower and then die back by summer, reemerging in the next spring.  Native spring ephemerals include Dicentra cucullaria (Dutchman’s breeches) and Mertensia virginica (Virginia bluebells).  Many flowering spring ephemerals are critical resources to early emerging pollinators.

Woody Plant
A plant that is a tree, a shrub or a vine.

Herbaceous Plant
A non-woody plant such as a flowering perennial (forb) or a grass (graminoid).

Forb
An herbaceous flowering plant that is not a graminoid (grasses, sedges and rushes).

Graminoid
A plant that is a grass, sedge or rush.

Garden for Environmental Improvement with Native Plants!
from Kim Eierman at EcoBeneficial! 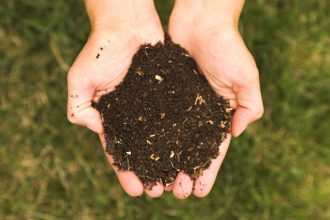