Useful tools to help you improve the health of your landscape 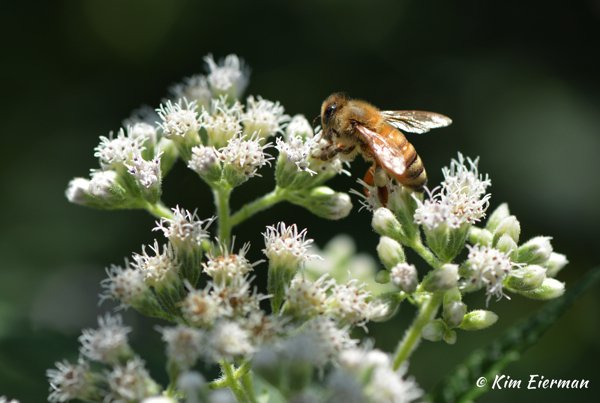 Honey bees (Apis millifera) have become an important part of our agricultural system in the United States – the economic value of honey bee pollination is estimated to be between $10 billion and $15 billion annually. A non-native species, honey bees were first brought to North America in 1622 by colonists who settled the Jamestown colony in Virginia. As we do now, the colonists valued honey bees for pollination services, beeswax, propolis, and of course, honey.

Like native bees, honey bees, have faced enormous challenges in recent decades. The nesting behavior of native bees (most are solitary; some live in small groups) and the sheer number of native bee species (4,000 species in the United States) make them difficult to research. Many native bees are highly important pollinators – having evolved with our native plant species. Thanks to organizations like the Xerces Society and some university labs, native bee research has become more prevalent in recent years.

Honey bees, which nest in large colonies of approximately 50,000 bees, are often managed commercially and are easier to study. When you want to learn about the current state of honey bees, a “go to” resource is the Bee Informed Partnership. Formed in 2011, Bee Informed is a collaboration of leading research labs and universities across the United States, working with the support of the United States Department of Agriculture and the National Institute of Food and Agriculture. Their main goal is to work with beekeepers to determine how to keep healthier honey bees.

Bee Informed believes that they can learn a great deal from studying bee health on a large scale. On an annual basis, they survey thousands of mostly commercial beekeepers across the United States to determine how many hives they have lost in a given season, and how those hives were managed. This year, more than 5,700 beekeepers from 48 states participated, representing 15% of the estimated 2.66 million managed honey bee colonies in the U.S.

With several years of data now in hand, Bee Informed is looking for patterns among the best performing beekeepers to understand what combinations of management practices work best at keeping colonies alive.

How Are Honey Bees Doing?

So how are honey bees doing? Not so well it turns out. According to the most recent preliminary report, beekeepers across the U.S. lost 44.1% of their hives from April 2015 through April 2016, close to the highest loss in the past 6 years. This year’s loss is even worse than last year’s – down another 3.5%.

What makes these numbers even more disturbing is that for the second year in a row, summer losses rival winter losses. That is not supposed to happen.  According to Dennis van Englesdorp, project director for the Bee Informed Partnership and assistant professor of entomology at the University of Maryland, “some winter losses are normal and expected. But the fact that beekeepers are losing bees in the summer, when bees should be at their healthiest, is quite alarming.”

There are a number of suspected causes of continued honey bee colony loss. Pesticide use, poor nutrition resulting from a lack of adequate floral resources, the varroa mite – a pest on bees, parasites, viruses and other factors are contributing to the problem. We cannot expect beekeepers to solve all these problems though. The results from the Bee Informed Partnership point to a need for change in our landscaping and agricultural practices, not just our beekeeping practices.

Become part of the solution in your landscape or your client’s landscape.  Providing a diverse array of pesticide-free forage with a succession of bloom through the growing season, is essential to honey bee, and native bee health. And, guess what, honey bees will forage on many of our native plants which add ecological function to our landscapes!

Need a speaker for your beekeeping event?  Contact me for “Best Gardening Practices for Beekeepers.” 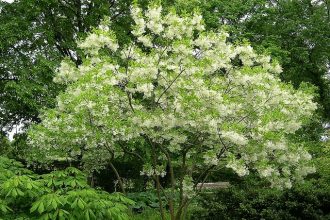 Confused about the terminology associated with native gardening?  If you are, it’s not surprising, since there are numerous definitions just for the simple word “native.”  Native, non-native, exotic, alien, naturalized – these terms, and others, are often misused. Hopefully the following explanations will clear up some confusion! Terminology for “Native”… 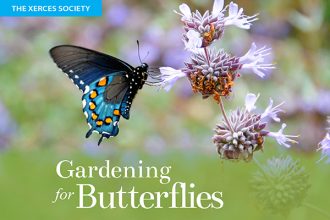